Fanny – The Other Mendelssohn

Due to COVID-19 all in-person events at Snowmass Chapel are cancelled or online.

Fanny – The Other Mendelssohn 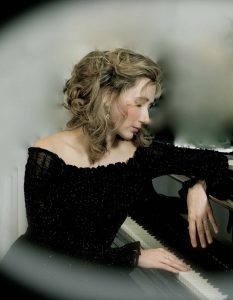 Dear Friends of Music,
You are most cordially invited to the première of Karolina Syrovatkova’s new drama concert: Fanny – The Other Mendelssohn which will take place on SUNDAY, AUGUST 12th, at 7:30 PM at the Snowmass Chapel. The light dinner will start at 7:30 pm followed by the show at 8 pm and French desserts at 9:15 pm. The performance will consists of both drama and a classical piano concert (hence “drama concert”) and it will portray the intriguing life of Fanny Hensel Mendelssohn Bartholdy, the sister and in a way, a musical soulmate of Felix Mendelssohn. Her talent as a pianist and composer was shadowed by the social mores of high class society of the first half of the 18th century but cannot be denied almost 200 hundred years later. Karolina will portray Fanny and speak of the important relationship between Fanny and her famous brother while playing compositions by both, most notably the seductively haunting Songs Without Words. The concert will be introduced by Prof. Thomas Buesch.
Tickets are $40 and are ONLY sold in advance. Please secure your seat by July 31 because seating is very limited. You can tickets at the Snowmass Chapel website at https://snowmasschapel.org/event/fanny-the-other-mendelssohn/
We look forward to seeing you at this special event.
+ Google Calendar+ iCal Export